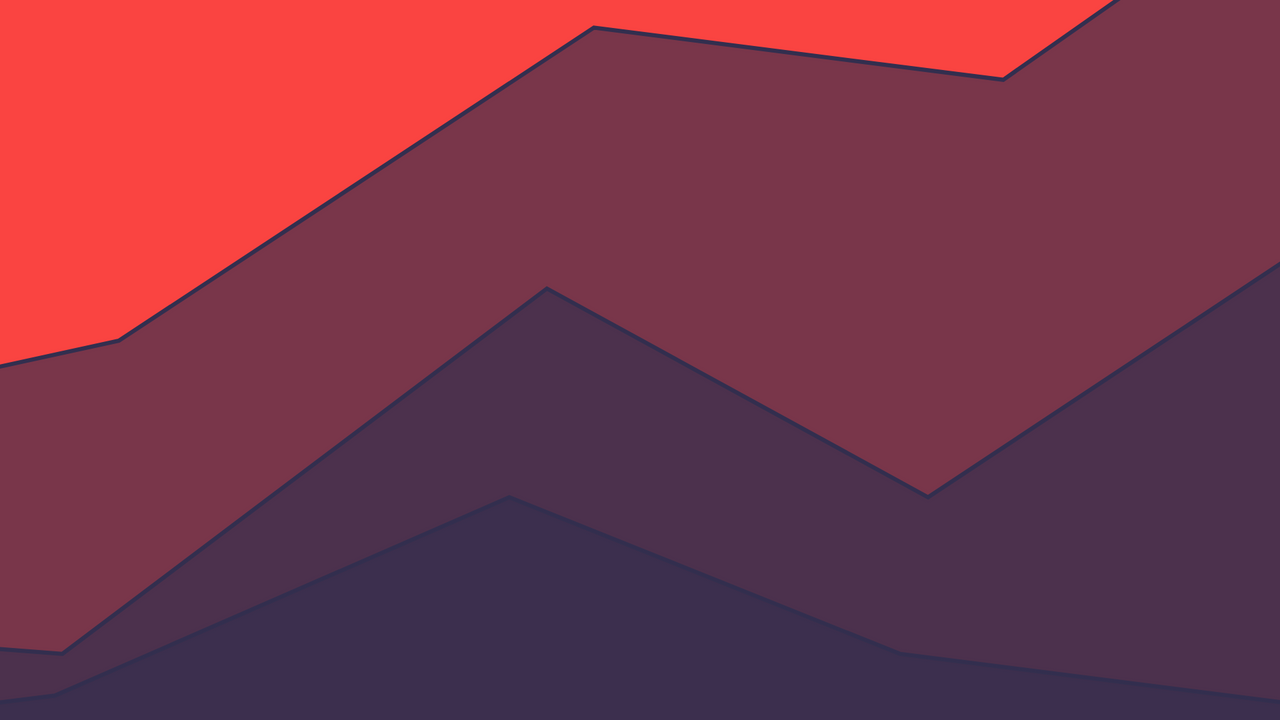 If you are familiar with our quant portfolio strategies then we're probably beating a dead horse here. But if you are new to the scene, here’s the quick pitch:

Our Flagship Offshore Strategy is designed to find high-quality and high-growth foreign companies. If you're looking to invest in companies in other countries, especially in emerging markets, then look no further.

And right now with the stock market in the US completely selling off, it couldn't be better timing to find stocks in other countries! And guess what?

While the markets are down huge, this strategy is up 5% in the last month alone!

So now with that intro out of the way let's discuss:

But what you need to also consider is the risk they're taking on. For example, if they're investing in extremely risky stocks and the market goes up, there's a chance they'll likely beat the index which then might oversell their actual abilities. Because once the market tanks, their performance will likely be severely worse than the S&P 500 -- which just signals that they're getting lucky with timing on the way up.

However, when comparing this against a benchmark, we need to use the right benchmark. And in this case, since we're investing in non-US companies, then using a US benchmark is the wrong thing to do.

That's why most portfolio managers who invest in this space, use the Emerging Markets Index as their benchmark.

However, when we look at our portfolio, we see that we've not only beaten the index but we're also up over the last month too with a lower level of risk!

Here's the actual performance of each name in the portfolio 👇 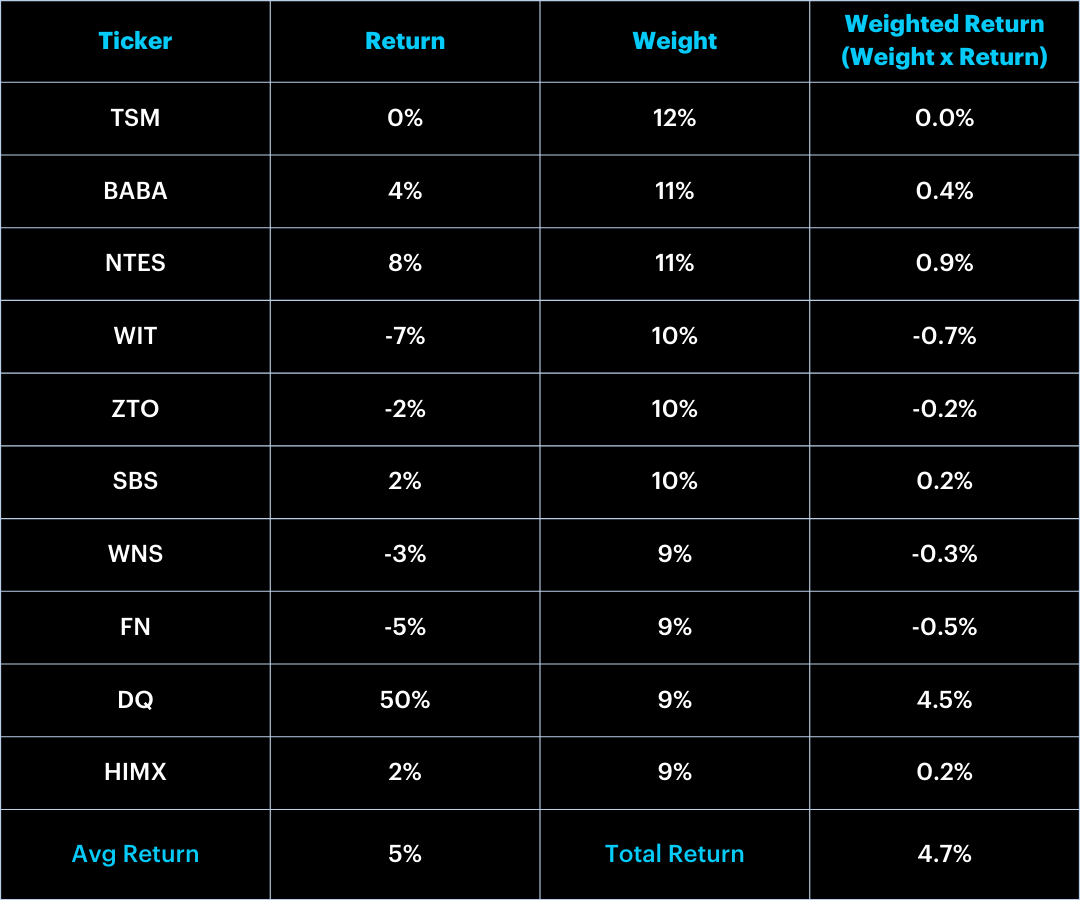 Over the last month, our strategy has returned nearly 5%, while the benchmark has returned about 0.5%, for a relative return of over 4.5%! And on a percentage basis, this is 900% over the index!

This was largely thanks to our position in Daqo New Energy Corp (DQ), which saw a 50% return over the last month.

However, this is just one month of performance. And while this is awesome, we want to be as transparent as possible.

Our strategy is down since its inception by around 4.5%. And at the same time the Emerging Markets Index is down over 7% (see more on this below).

So when compared to the Emerging Markets Index, the Moby Offshore Opportunities Strategy has outperformed by nearly 3% since its inception.

What this should signal is that not only are we outperforming the market, but we're also outperforming while taking on less risk!

This in nerdville investing is known as the Sharpe Ratio -- which is the gold standard for most professional investors.

It basically shows that if you can beat the market while taking less risk, then your ratio will be over 1. And anything over 1, signals that we're doing the right thing. 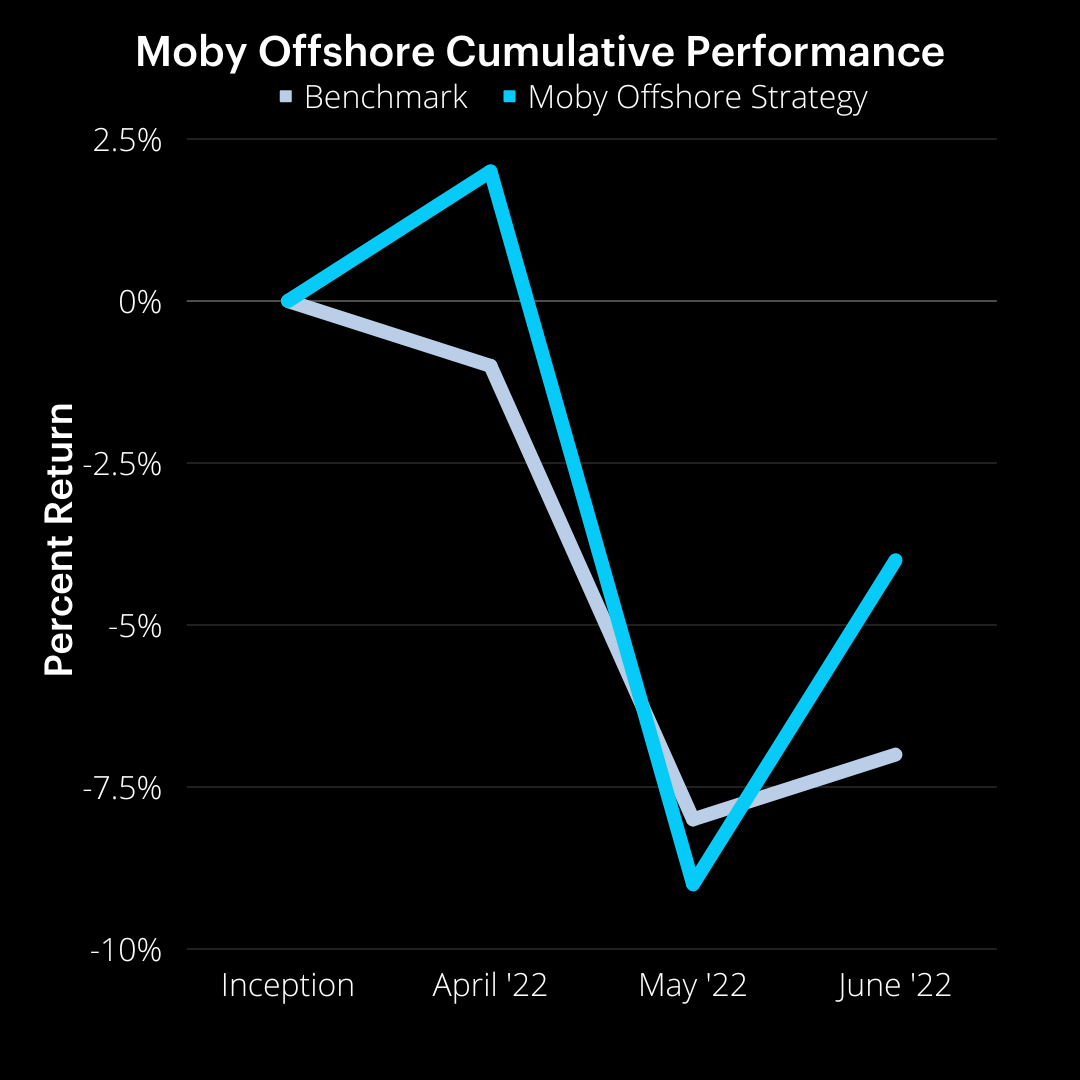 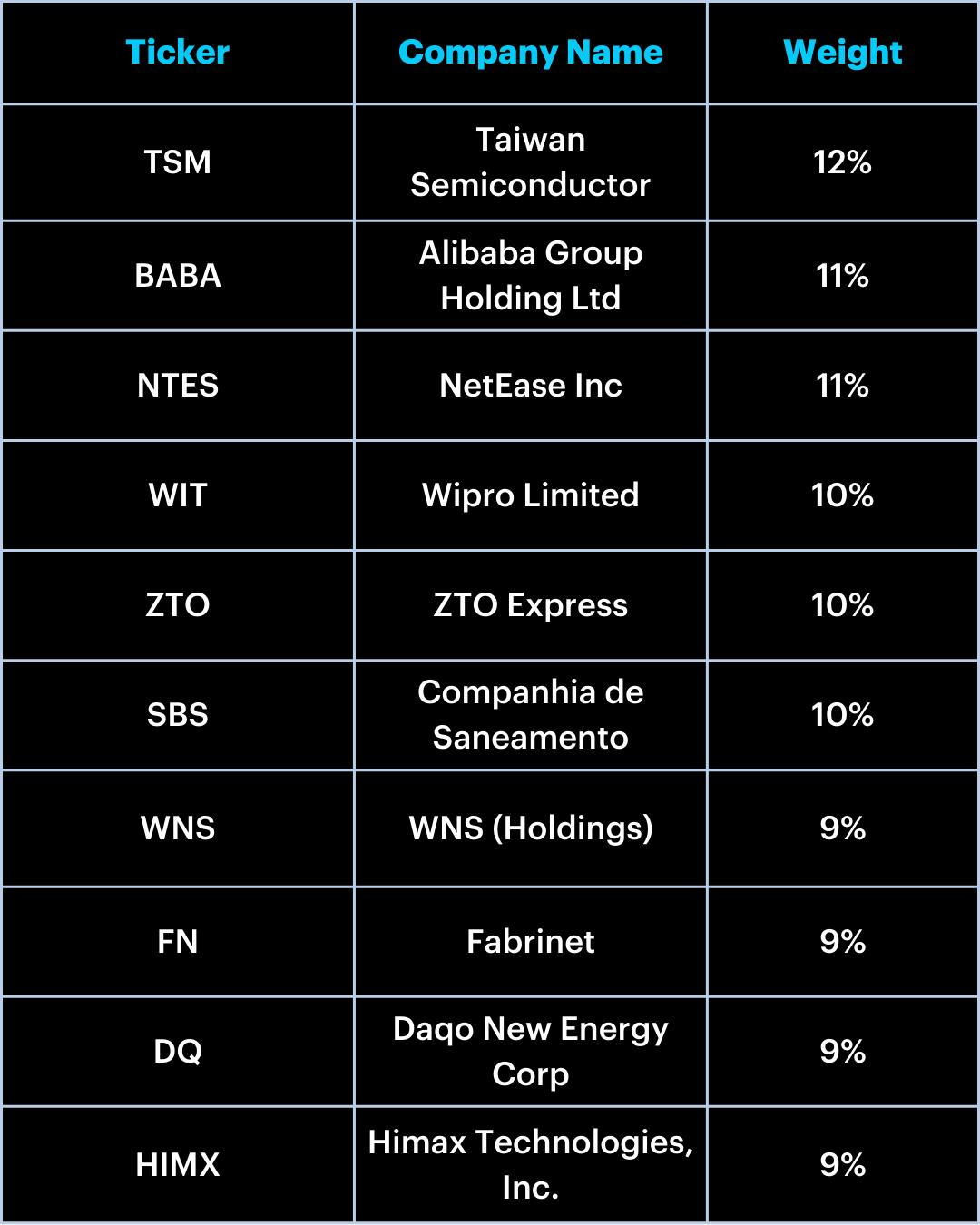 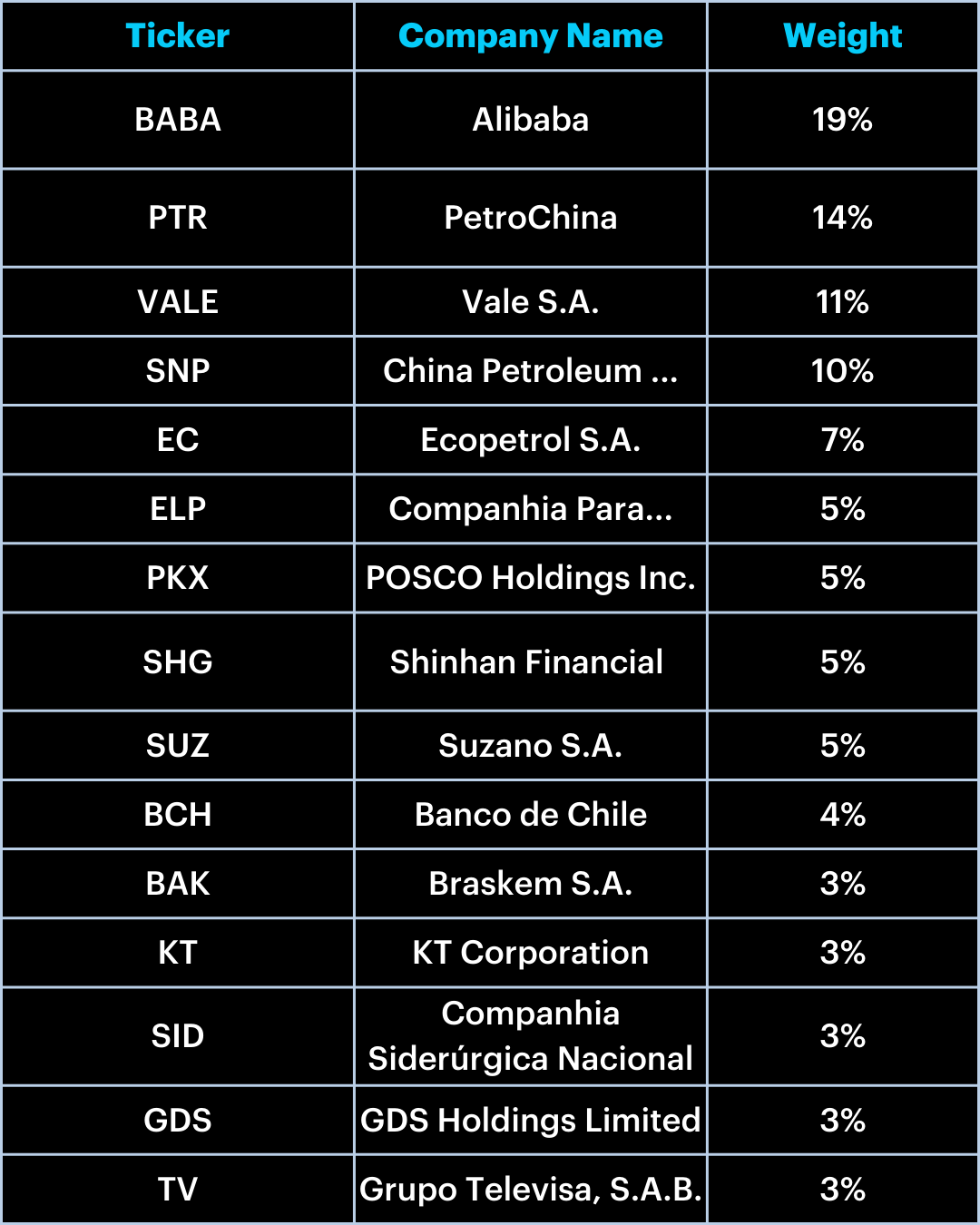 We have switched out almost the entire strategy holdings this month and added additional names.

The only name we are holding on to is BABA.

With markets as volatile as they are right now, it is common to make tactical strategy changes more frequently. New buying opportunities arise more often, and runs start to fade quickly as well.

As mentioned, we switched out all but one position. The way we determine which stocks to include is based on their relative attractiveness. When we remove a stock, it’s usually because another stock has become a better investment opportunity rather than a negative view of that removed position.

With that in mind, we will call out the stocks that were on the fence here, in case you have some extra capital that needs a home.

With the number of additions, we will only highlight a couple of the largest positions.

At this point, we've given you everything you need to know about the strategy.

However, if you're curious about how we're investing in these companies, given they sit in foreign countries, let’s dive into the difference between ADRs and Foreign Listed Stocks.

We generally limit our recommendations to American Depositary Receipts (ADRs) since trading internationally listed stocks can introduce some headaches and extra costs. An ADR is a security that represents shares of non-U.S. companies that are held by a U.S. depositary bank outside the United States.

So when you buy an ADR, you are more or less buying a right to a stock held by a bank, not the stock itself. In practice, it’s virtually the same as buying the direct listing.

Alternatively, you could buy the primary listing of the company on a foreign exchange.

For example, Lloyds Banking Group is based in London. Naturally, its primary listing (LLOY) is on the London Stock Exchange (LON).

How would we buy that? We would have to set up a foreign brokerage account and fund it. Not so bad. But the London Stock Exchange trades in Pence Sterling (GBX), not USD. That means that to trade on the LON, we first need to convert USD to GBX; then, we can buy LLOY. That’s pretty annoying.

Now the exchange rate between GBX and USD is pretty stable, so there isn’t much risk in converting our money. However, when we are dealing with more volatile currency pairs, such as USD to the Thai Baht (THB), every time we convert USD to THB we open ourselves up to the risk of losing money from adverse movements in that currency pair.

You can think of buying currency similar to buying a stock that we then use to buy another stock.

By trading ADRs, we largely remove that currency risk, as ADRs are traded in USD and on regulated US Exchanges like NYSE, which can be accessed through your favorite brokers (for no fee). In contrast, foreign brokers usually have a trading fee and may charge to convert your currency on top of that.

So why trade ADRs vs the Foreign listing? It’s generally cheaper and less risky.