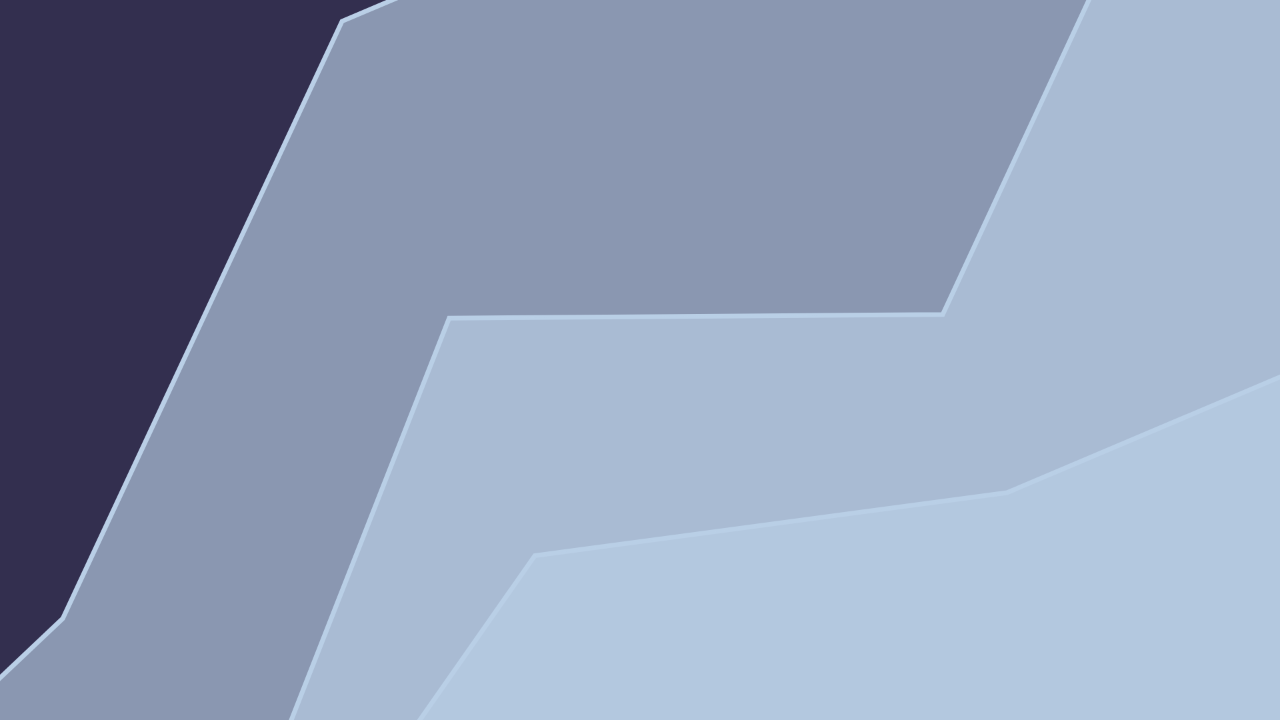 Welcome back to this month's update of the Moby Tech GARP Portfolio!

If you're familiar with this strategy please skip down to the section labeled, "Performance Overview".

If you're new to this portfolio strategy, its goal is to outperform the market by primarily investing in tech companies that are reasonably priced, while also taking on less risk! We do this by looking for companies with above-average earnings and revenue growth, but at normal valuations.

And similar to the last several months, if you missed the news, right now investors only care about companies that are growing responsibly and whose valuations are reasonable. Gone are the days when growth at all costs was an actual business strategy.

Nowadays, while growth is important, you need to grow "right". So that's why we have been looking for stocks that are growing but only at a reasonable price.

And every month this ideology only becomes more relevant as investors rotate further into companies that are growing their earnings base well. Look no further than the last few weeks of earnings where big tech has gotten pummeled but other smart names are doing well.

And while tech stocks might have gotten crushed over the last year, if you're looking in the right places there are still plenty of amazing opportunities and that's why our portfolio has continued to outperform the broader market (more on this below).

For a more in-depth explanation of how this strategy works, just read this post! By following the tried and true discipline of buying good companies at reasonable prices, we can maintain our confidence in our portfolio and ride out any storm.

So with that intro, today we're going to cover:

In another crazy month for the market, our Flagship Tech Portfolio returned -1.32%!

While that may not sound thrilling, it actually is when we look at the Nasdaq over that same time period.

So what happened over the last month that caused this divergence? Well, the answer is mostly macro-based as there have been two major topics on all investor's minds. And that is earnings season and the Fed's interest rate policy.

The TL:DR version of this all is that rising rates hurt growth. That's why tech stocks have gotten crushed over the last year as investors have flocked toward safer options.

And that's also why we chose to roll out this strategy in the first place. We foresaw this coming and thought it was prudent to roll out a strategy that could take advantage of rising rates. So far our thesis has been correct and that's why we've been able to outperform the market while taking on less risk!

So with that high-level context finally out of the way, here's the performance of each stock in the portfolio! 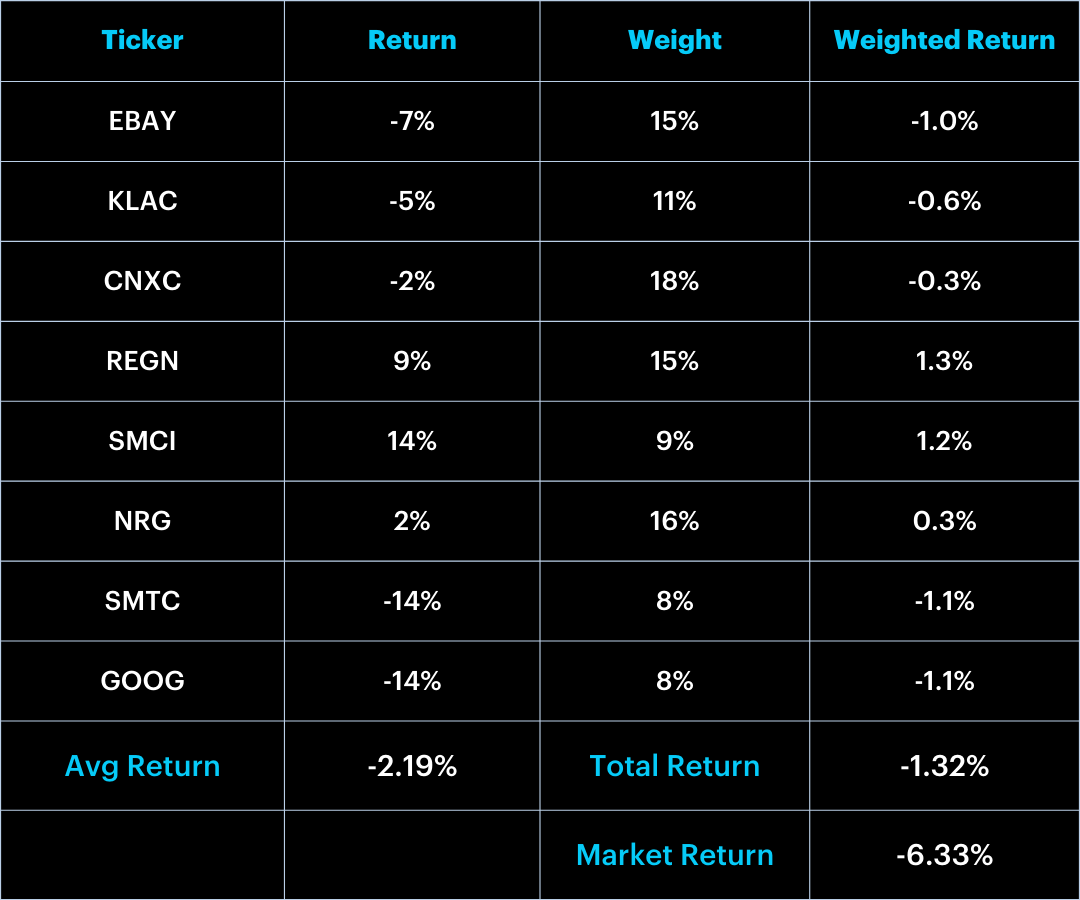 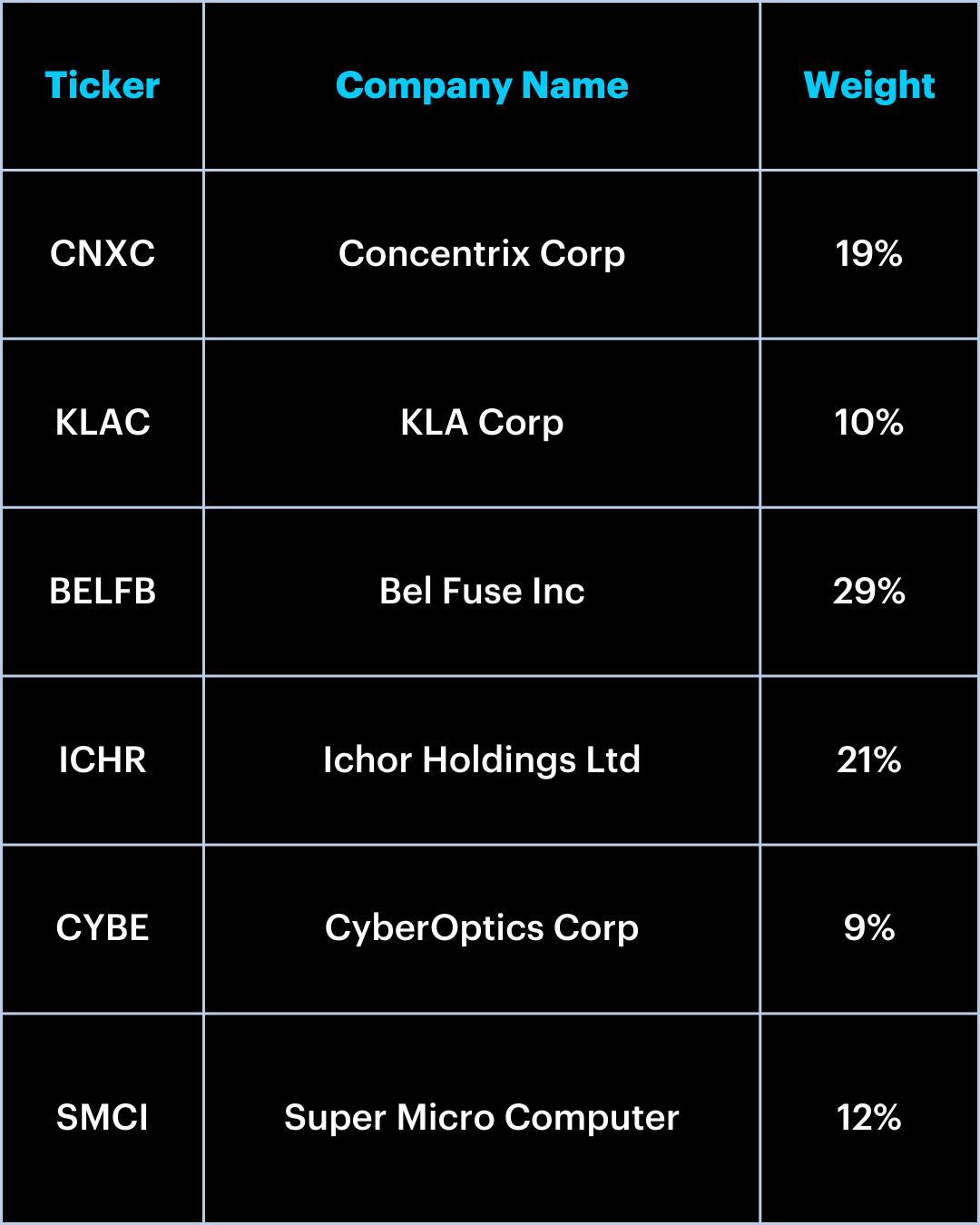 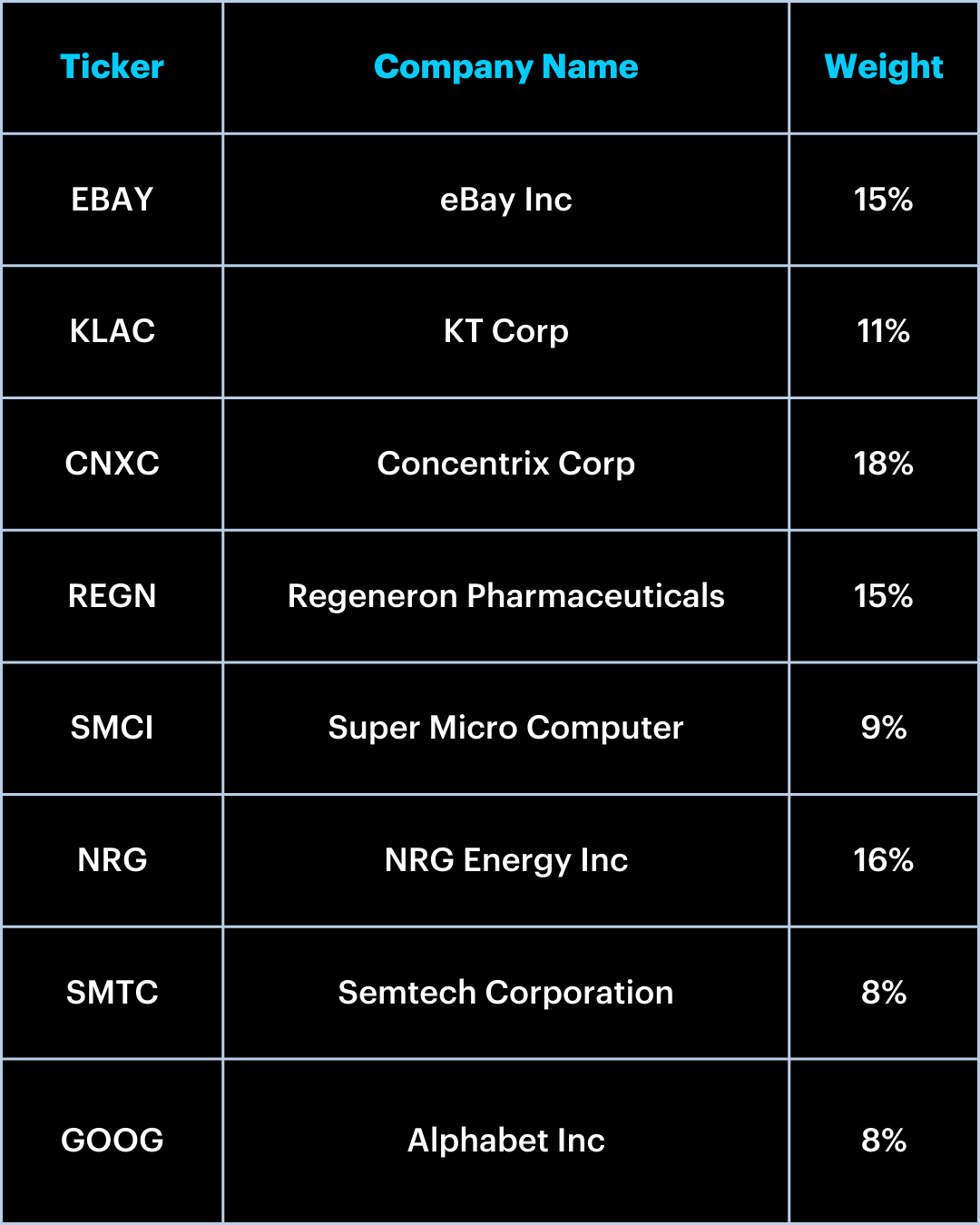 Outside of the change with Google, the other big changes this month come via BELFB, ICHR, & CYBE.

While we won't dive into all of them, they all display the same characteristics -- aka companies that are growing well and still fall within our valuation screen,

If there are any questions about any of the stocks in this portfolio or its methodology, just message us!