After a truly dry 2022 for IPOs and new companies of all kinds, we're really excited that 2023 is starting off with a bang in terms of new companies to add to our portfolio.

And while this next pick isn't truly new so-to-speak, it's still a solid company. We're talking about GE Healthcare ($GEHC).

We've genuinely been huge fans of GE for a while -- but the old technology titan has definitely seen better days.

We're excited that GE has decided to refocus its business and spin the two most impactful divisions in its wheelhouse.

The first spin went down this week with GE Healthcare, but even more exciting is next year's launch of GE Aerospace.

We'll definitely take GE Healthcare for now, but gear up for when we start talking your ear off about airplane engines in a quarter or two.

Anyway, GE Healthcare is basically the biggest and best medical device company in the world now.

They launched straight into the S&P 500 with a valuation of $26 Billion. And now that they're free from some of the complications of being a part of a massive conglomerate, they are set to take that world domination and accelerate it massively.

GE Healthcare is poised to engage new flywheels and speed up its complete domination of advanced medical devices, precision care, and SaaS within the medical profession.

This won't be the most exciting report to read, but over 5 years this will be an exciting addition with added stability to your portfolio. Let's dig into the details 👇

Unless you really want us to talk your ear off about the specifics of MRI machines, PET Scanners, and portable ultrasound solutions, maybe we can keep this one brief.

Let us know in the comments if you want an expanded report on the technical details here, as it will genuinely excite a very specific segment of our analyst team.

Imaging is the big dog and the primary grower of the group year-over-year (YoY): 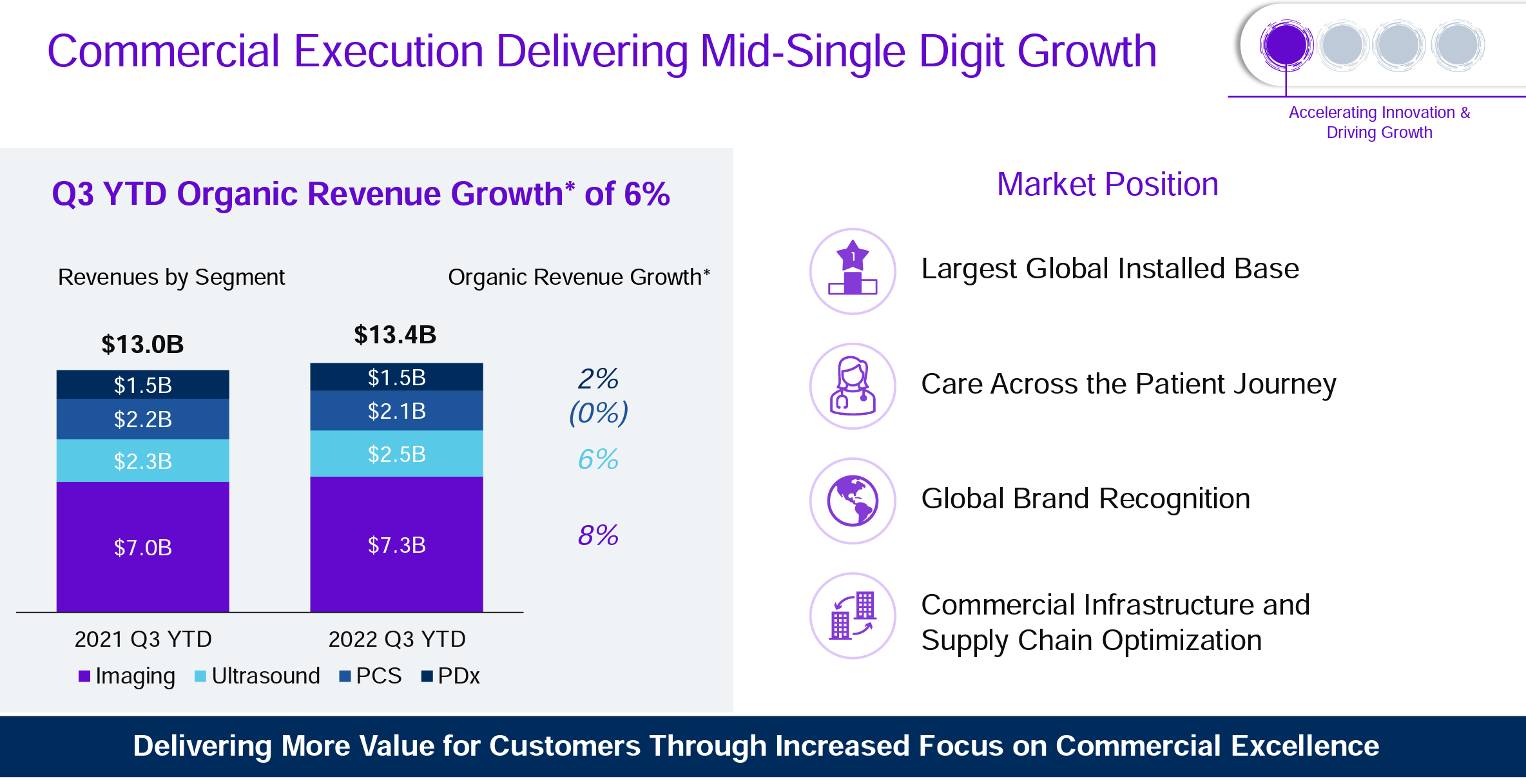 This is because of a lot of factors that just boil down to being in the right time of a lot of hospital device turnover cycles and some really solid advancements GE has made in imaging technology that save healthcare providers a boatload of costs.

And that's central to the theme of how GEHC can grow quickly now that they are an independent entity.

Utilizing a combination of worldwide deals with massive healthcare providers and an ever-more integrated SaaS platform for all their verticals, GEHC is finding ways to make diagnostics, imaging, and precision care way more efficient for medical professionals.

This is going to be critical in the next 10 years as baby boomers age into a cohort that needs a lot of additional medical care/ diagnostics.

The biggest growth potential here we're watching is pharmaceutical diagnostics--which has a really solid pipeline that can lead them to double-digit revenue gains in the next 5 years: 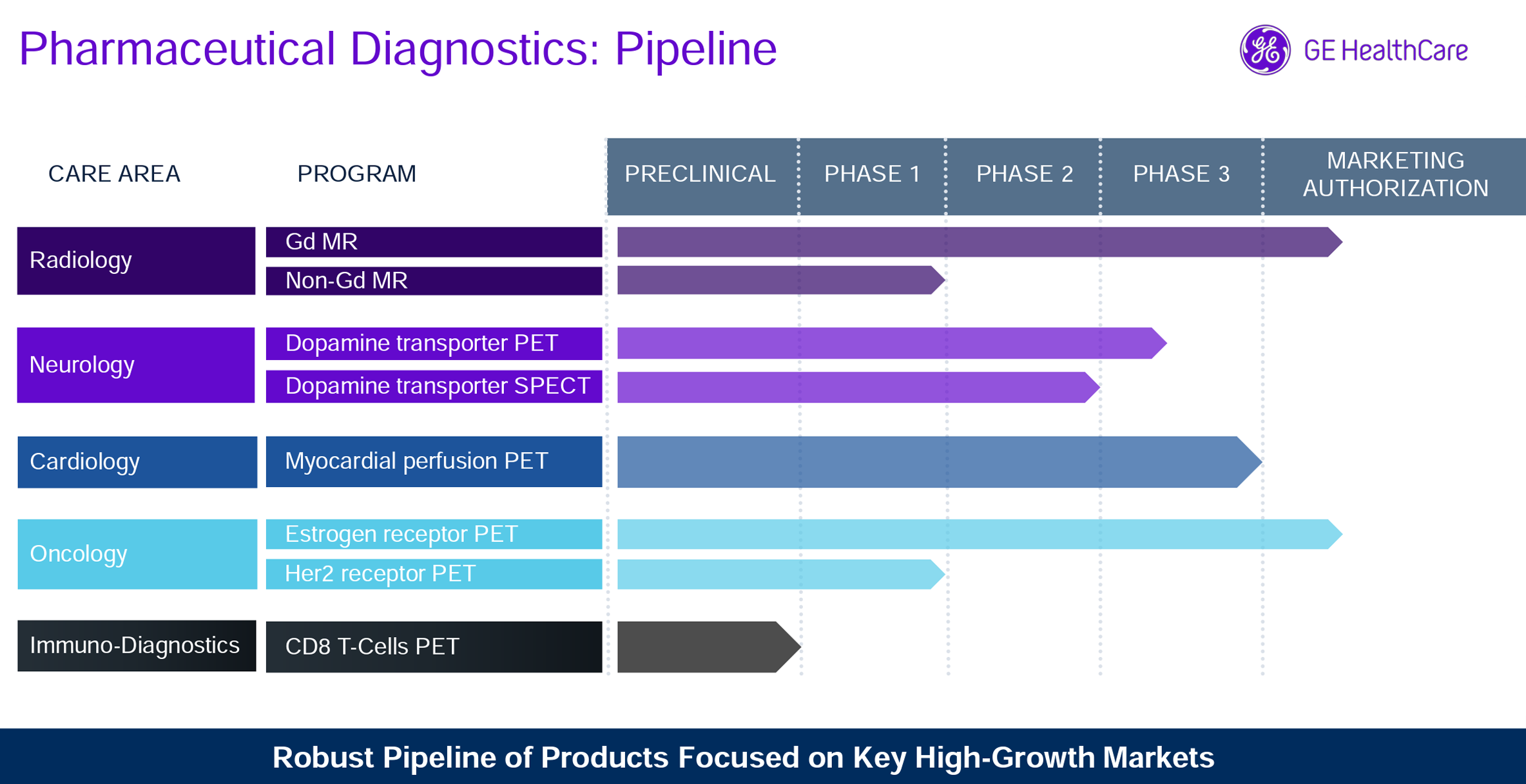 Again, we're pretty cagey about talking your ear off here, so just note that GEHC has a solid number of high-margin products in Phase 3 trials or later -- meaning they are already through the biggest hurdles and could potentially start generating revenue later this year at the earliest.

This is a huge moment for GE and the medical device industry as a whole.

Now that GEHC is unencumbered by the larger, less efficient GE infrastructure, they are free to iterate and expand on the solid platform they've built as a part of the GE Empire.

The main goal for the next 3 years is margin growth and expanding on massive international partnerships. 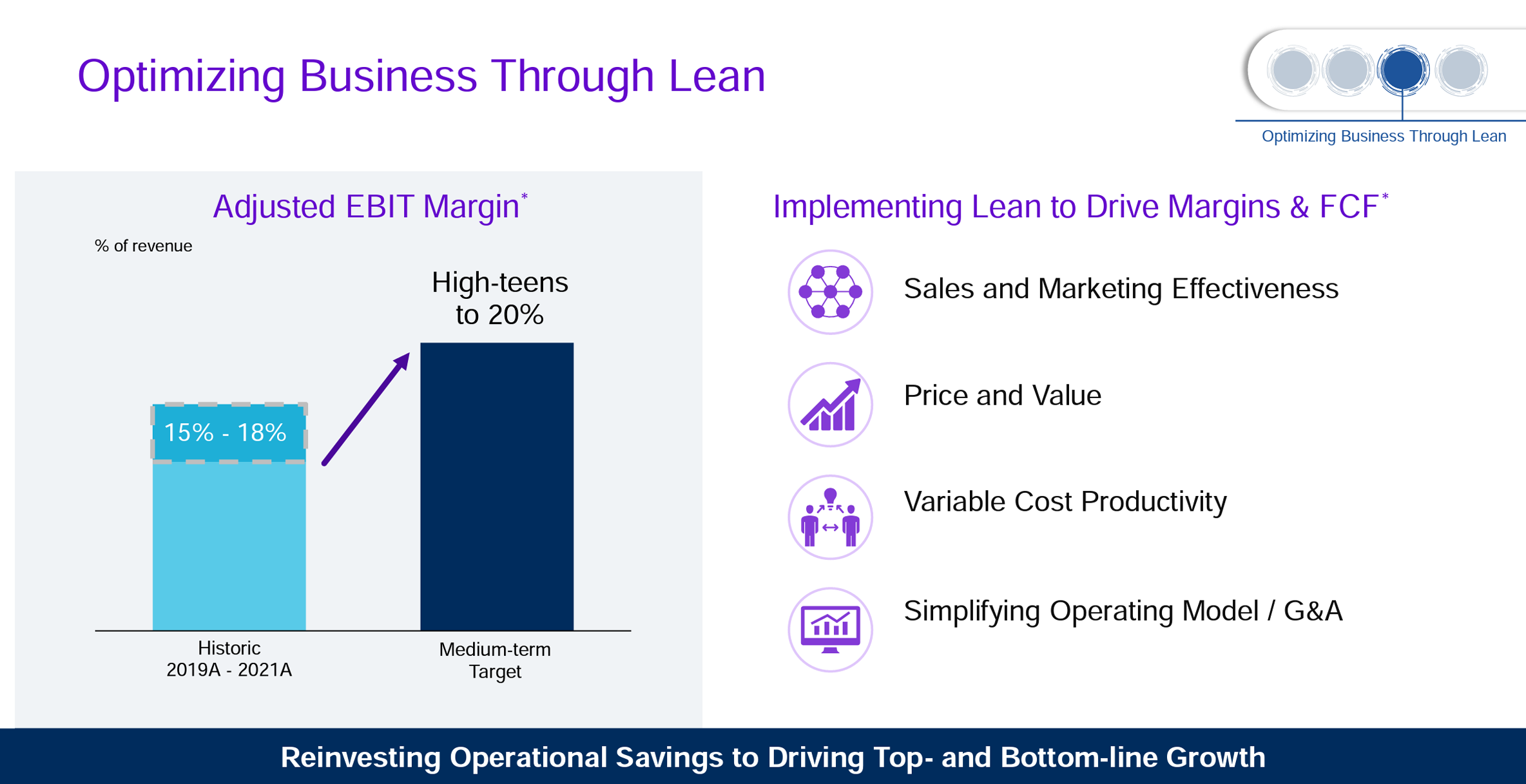 They have truly massive ambitions for their margins moving forward--and with their commitment to SaaS, AI, and machine learning -- they have a solid foundation for achieving those goals.

If they hit that level of margin growth, flywheel effects will kick in that allow them to continue to overwhelmingly outspend opponents in R&D, which allows them to secure a huge lead and maintain their top spot in the medical device industry.

This is the one case where an old industrial play starts to look like a genuine growth play as we enter a decade where diagnostic demand, precision care demand, and other advanced care needs will start to spike.

We're really excited to see GE Healthcare corner and dominated this segment over the next five years. It's going to be a wild ride.