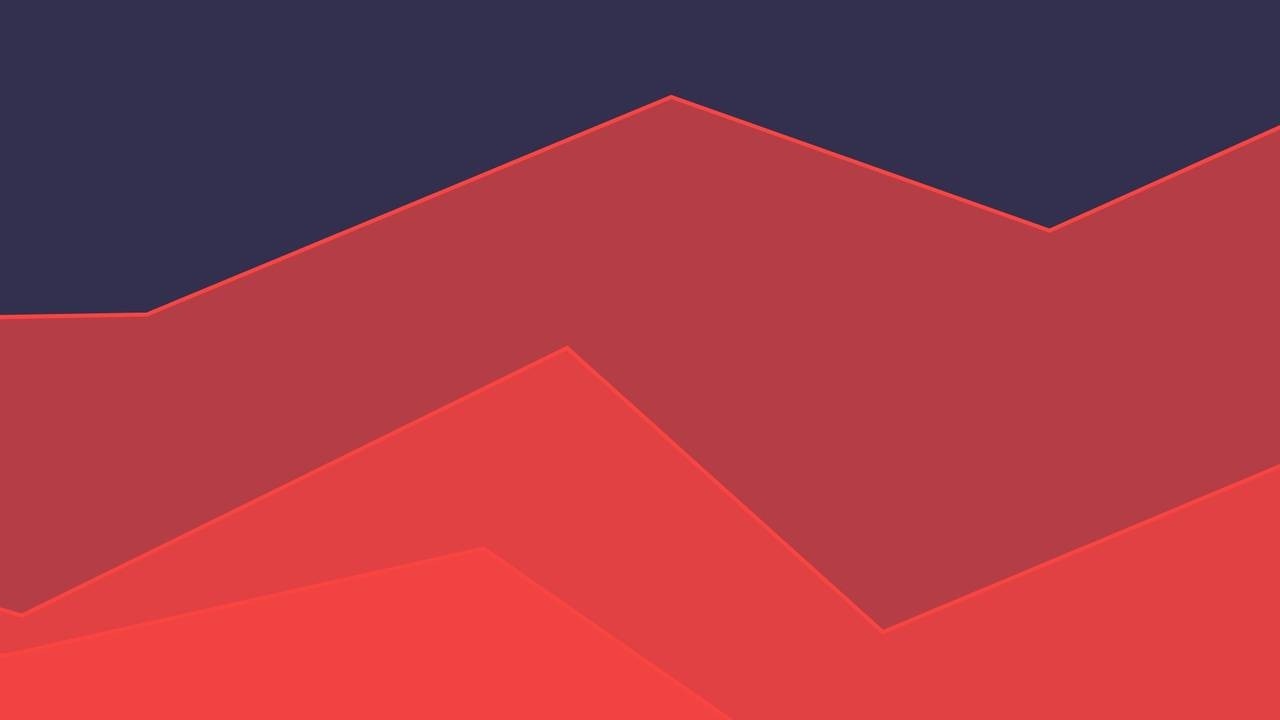 The Only Speculative Coin for Crypto Winter

The best part about speculating in Crypto is how genuinely unprecedented everything is. Bitcoin’s rise after the 2013–2015 bear market was unlike anything we had ever seen.

Ethereum’s 85% drawdown during the 2018 bear market was one of the most spectacular crashes and recoveries of all time.

And once again, we find ourselves in another completely unprecedented and impossible-to-predict bear market. Because for the first time, the broader market is in a period of downturn and uncertainty.

Because of that, our analysts have been really cagey while researching this market. Our team has been really good at calling upward motion with coins like Solana — but in crypto, it’s really important to call out potential downturns to ensure that we take profits on more speculative projects before selling pressure causes a complete collapse (lookin’ at you, Luna).

So we’ve kept our positions in Bitcoin, Ethereum, and a few other speculative plays we’ve mentioned before. But we haven’t added much outside dollar-cost-averaging our way through Bitcoin’s recent test of 17,000.

But a lot of what makes investing in Crypto really interesting is getting to behave like a venture capitalist while paying retail investor prices.

So while the altcoin space is getting absolutely hammered during this bear market, we’ve been looking through crypto projects and trying to find long-term utility.

How To Invest In A Crypto Bear Market:

The best way to watch this crypto bear market is to treat it like when any speculative bubble pops.

And the most recent analog is the 2000 dot-com bubble bursting, after way too much VC money flooded into big tech when people didn’t really understand the market.

The entire tech industry got crushed by a large number of weak businesses that received way too much investment they couldn't properly capitalize on.

But the businesses that survived managed to pull off staggering growth if they got past the next sell-off in 2008.

That’s essentially the story of every crypto crash. We don’t play it like day traders hoping to short our way to frantic profits.

With all the oxygen sucked out of the room, a lot of the scam behavior has been disincentivized and we can get a calmer look at the real players actually developing long-term, real-world utility.

Now, the issue here is that no one can predict the real-world utility of most of the crypto industry. People can speculate, people can develop — but blockchain tech is still VERY EARLY in its developmental lifecycle.

But at the very least, we can make a few educated predictions about how individual projects can perform.

Better yet, we can also try to uncover the narratives behind the tokenomics of various projects to see if any—at least from the perspective of technical analysis— are being unfairly undervalued.

And after a few months of deliberation, our analysts have come back with this speculative pick.

This may be very surprising considering the price chart you’ll see below.

But when we look at developer interest, what applications are being developed on various blockchains, and the narratives behind ICP’s high-profile crashes, we start to see a coin that is oversold and potentially undervalued.

ICP is a rare project with some short-term upside as negative narratives around it fade away and the potential for strong long-term upside if it can establish itself as a necessary competitor to other layer-1 ecosystems like Ethereum and Solana.

We know, we know, investing in crypto right now seems crazy. And will it keep sliding down? Probably.

But as we've mentioned with so many other posts, this is a LONG-TERM play. We're in this for years, not for months or days.

And while this comes with significant risk, we're comfortable given the tangible potential upside. But either way, it's a pretty tall order though, so we better explain ourselves.

It’s really easy to get into the weeds while talking about the vision for all these crypto projects, so we’re going to provide the cliff (or if you're old enough to remember spark) notes:

And that’s a drastic oversimplification — but we don’t want to bog this analysis down with crypto minutiae that’s equal-parts hype and incomprehensible techno-babble.

All we really need to know is that ICP is competing in the Web3 space, its technology fits a large number of crypto narratives, and it’s a low-cap project with an outsized amount of development.

And it’s doing that with a network speed that beats most layer 1’s — 3,000 transactions-per-second (for now). The most important aspect there is developers, so let’s take a look at that:

ICP Development Through the Bear Market:

All of these Web3 projects are completely useless unless developers are excited about building applications on top of them.

That’s why all these narratives explaining why Ethereum will die feel overhyped — there’s just a staggering amount of development happening on the Ethereum network and 2nd place isn’t even close.

The same thing goes for Solana. Solana might not kill Ethereum, but they have a solid chance of carving their own niche in this ecosystem and surviving despite issues they’ve been having with their network and network speed.

So, to track the development of smaller-cap projects, we have to turn to sources like ProofOfGithub to see where there’s real developer activity day by day.

And during this phase of the bear market, here are the top 5 projects with the most development happening on their network:

There are other projects right behind ICP that also look interesting (check out Filecoin if you’re looking for some real deep developer stuff). But ICP’s developer activity is fairly consistent.

But that doesn’t matter if developers on the ICP chain are building garbage, so what’s actually being—y’know—developed on their network?

This is where you separate yourself from other crypto investors by always checking out the hackathons of projects you’re interested in.

Hackathons are just very large events tech projects use to attract developer talent and market themselves in the nerdiest way possible.

ICP’s supernova hackathon was last month and you can find a full archive of it on their youtube channel. A lot of good stuff came out of it which really demonstrates ICP’s utility.

But ICP’s value dropped despite their team presenting a lot of great news throughout 2021 — before the larger bear market in crypto materialized. What’s the deal with that?

There’s no fundamental analysis (yet) in crypto. There’s simply not enough data and it’s not like bitcoin is filing quarterly earnings reports with the SEC.

Because of that, and the lack of regulation, the altcoin space is subject to a lot of manipulation by large-cap folks in the market.

People can short any project listed on exchanges and pay influencers dirt-cheap rates to hype up projects they want to succeed or muckrake about projects they are shorting.

This isn’t a good thing or a bad thing—it’s just what happens when there’s no regulation in a space. Regulation helps stabilize markets for long-term value while a lack of regulation allows players with more money or more time to make bigger shorter-term gains.

But it’s a factor that adds a lot of color to investing in the crypto space.

When you’re trying to invest in a market as (relatively) small as crypto — one that hasn’t been stabilized by slower institutional money — you’re subject to the whims of sentiment as well as the moves of big individual investors who can have an outsized effect on any particular coin when they see fit.

So, to condense a long story, ICP was subject to a lot of shorts interest after it launched, which depressed its valuation.

This was compounded when a firm called Arkham Intelligence put out a detailed report saying that ICP was demonstrating a lot of behavior that would negatively affect its price and developers. That report was made more powerful when it got picked up by the New York Times in June of last year.

Now, a year later, the company behind ICP is suing the New York Times for defamation — citing that the entire source for their negative article was a bogus report by Arkham intelligence.

Meanwhile, a lot of crypto researchers have discredited Arkham’s report.

The lawsuit can easily be just a marketing ploy — but the fact that there’s so much development over at ICP a year later is a pretty bullish signal for us.

So let’s try to put this all together. ICP is a strong layer-1 project that has broad utility inside the same space as Ethereum and Solana.

It’s almost certainly not an Ethereum-killer, but being 3rd or 4th place in a crypto industry that allows a few layer-1 projects to exist in tandem represents a 50-100x increase in value.

Again, it’s impossible to predict that real utility, but since ICP is so broad in its applications — and accepts native bitcoin in the same way Jack Dorsey wants Web5 (WEB 5 huh? lol) to play out — we definitely are more bullish on its odds than other players.

In the short term, ICP’s value is definitely being held lower than even the overall crypto market. So as long as the project doesn’t completely collapse before the bear market is over, it stands a really strong chance of gaining a decent amount of value during the next bull run.

There are a lot of complicated factors that may extend this crypto winter a very long time — so don’t buy an outsized position and expect it to pay off in a year or anything.

Speculation means small investments that you feel completely comfortable with going to zero.

The ICP ecosystem is really broad and full of developers who are excited about their work.

Adding the Internet Computer Protocol to your portfolio is more of an exercise in understanding what makes the Web3 and Web5 industries work more than anything. Check out a few hackathon videos and see for yourself.

At the very least — the web3 space has so much more information in it now that the incentive to scam your way through a bull market has essentially gone away. No better time to learn than this, y’all!